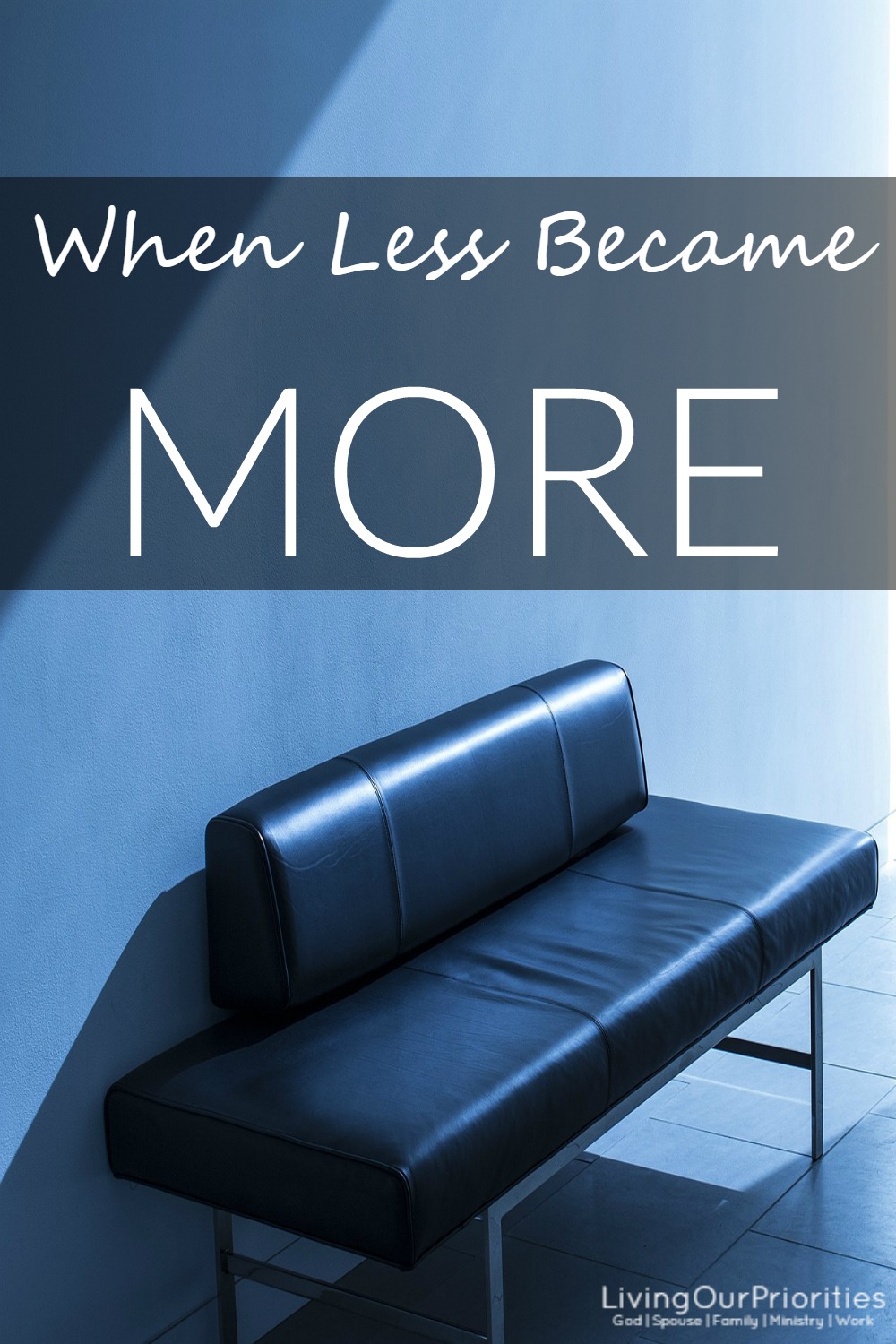 You’ve never really lived until you’ve lost everything and find joy in starting over. That was us over 8 years ago and looking back those were the best moments of our life!

During that time, we had a 72% decline in our income, which started the trend for us to live with less. However, that process brought great peace, increased our creativity for gift-giving and ironically, we became bigger givers. How did we do it?

Material things do not define us; our character does. As we lost material things, our spirit man grew and began to define our character- the very nature of who we are in Christ. It was in the midst of that pruning season, we prioritized kingdom financial principles no matter what it looked like on the outside.

There were three basic principles we followed; give, save, spend. It sounds elementary but it goes much deeper than the surface. When we were living on 72% less of our income, we had to establish a new family budget.

For us to have a come-back, we knew the only way that was going to happen was to seek God and His way of doing things. Therefore, we implemented the following:

1. We Revised Our Budget.

Drastic times called for drastic measures! That set back forced us to see with new eyes. We began to take note to what could be reduced, cut back or done away with; in an effort to bridge the gap from what was due, with what was coming in.

We wrote out everything we spent our money on and expenses we had. Then we had a coming to Jesus moment as to what was a necessity and what was a want. In case you need to know what that is; a need is something that is essential for your family’s survival. A want is something you desire, but not necessarily something you need. By eliminating unnecessary wants, we were able to bridge the gap.

2. We Purposed to Give God What Belonged To Him.

No matter what financial books you read, you will notice that they all have a common theme. They suggest you give 10% of your income away to a charitable organization (from the world’s perspective), but God calls that your tithe that belongs to Him.

Since this was something, we did already, God dealt with us in stepping up our giving beyond our tithe. We saw this as impossible, considering at the time, we were living on 72% less of what we were accustomed to making! But, as we shared in our previous blog, we learned there was more to giving our tithes than we thought. When we learned how our giving begins the multiplication process on our natural investments, we sought opportunities to give!

Yes, even in the midst of lack, we still purposed to put something away. With the revelation we had about giving and investing, we learned that if you don’t have enough to invest, the first thing you should do is start saving so you can.

If you spend all you have and never save, you will continue to be in the ever ending cycle of receiving a paycheck, spending it and waiting of the next paycheck to do it all over again.

4. We Spent According To Our Budget.

We found that when we spent within our budget, we actually had money left over. And by being consistent in doing this, we began to see supernatural debt cancellation, unexpected income and blessings come to us regularly!

We were able to pay off our car, purchase another home, re-establish our retirement and our son was able to attend college! Family dinners and movie outings became something we do, instead of something we were constantly saying no to because we didn’t have it.

If you find yourself struggling with your finances, don’t worry, there is hope! Matthew 6:33 says, if you seek God first and His way of doing things, then all you need will be provided. God’s ways of doing things, includes not just how we handle our finances, but how we live our lives. We can’t cheat on our taxes and expect God to bless us. We can’t just be givers but then choose not to walk in love. It all goes together.

Losing all we had was the best thing that happened to us. It showed us that we can live without what we thought was a necessity, just because we could afford it. By not being a slave to our debt, the house, or the fancy cars, not only brought us great peace, it brought us closer to God; defining our character so that we could honor God in all that we do.

When we honor Him, He blesses us in ways that don’t bring stress. He blesses us with fancy cars paid for; houses we did not build. Supernatural means to attend college-God blesses us exceedingly abundantly above all we could ever ask or think.

Sometimes having less is more, and we will take the lesser any day!