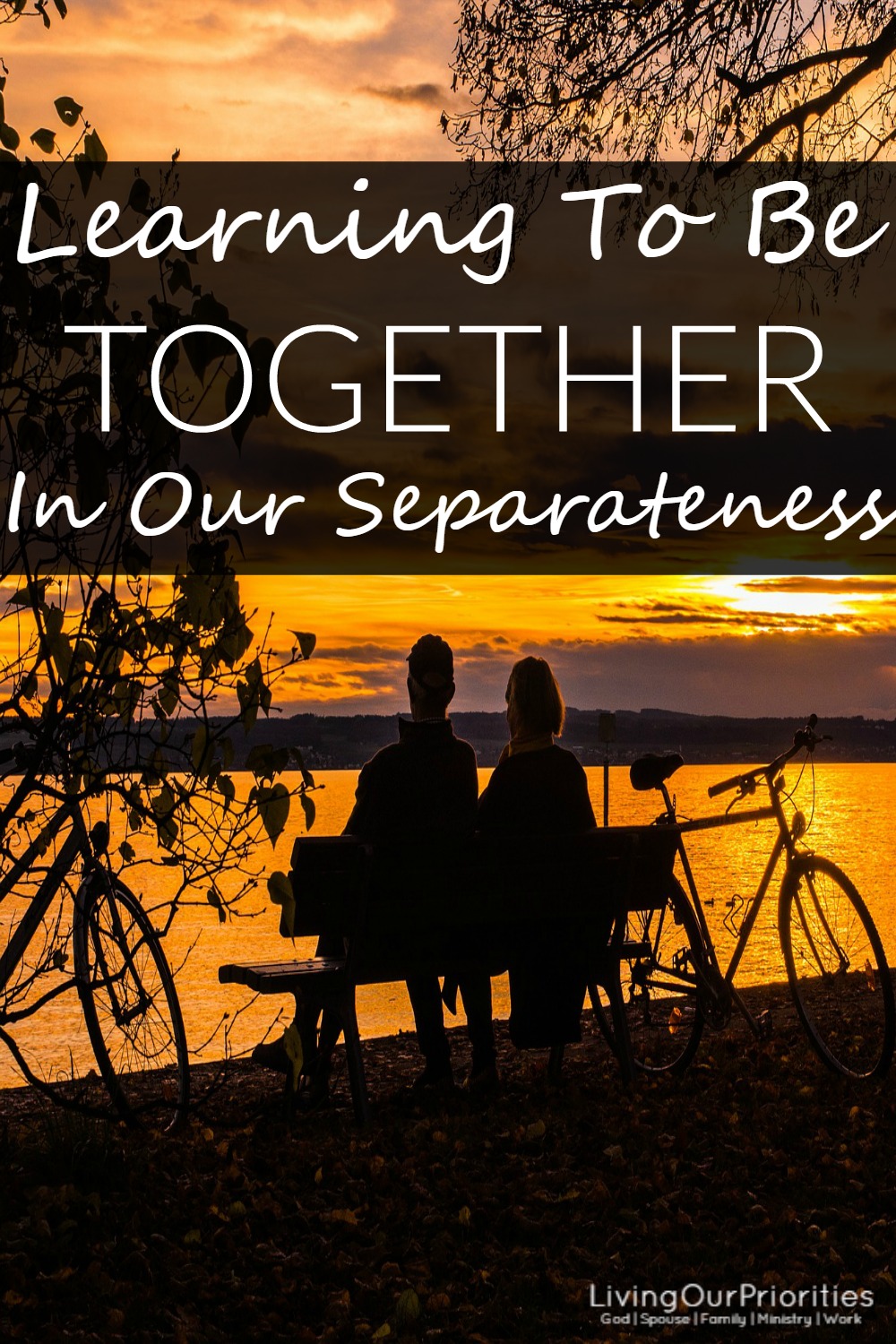 It’s ironic how we get tired of being single, longing for that special relationship. Then we get married and before we know it, we find ourselves fighting for alone time.

Early on in our marriage when things weren’t going so well, we desired more and more alone time. Honestly speaking, it seemed that we were both happy alone, being out of each other’s way with no arguing or compromising for the sake of peace.

Not too long after going through marriage counseling, we were encouraged to spend time with couples who were doing better than we were. As there was something to be learned. We have to admit that was extremely uncomfortable, faking the funk around couples who seemingly had it “together.” However, we were desperate for change in our marriage and wanted not just biblical help, but help from people who actually walked out a successful marriage.

When working in the real estate industry, often times we would work with clients together. One time in particular, we were working with a couple who was looking too relocated to Las Vegas. As we worked with them, we seemed to have hit if off right from the beginning. Not every client became friends, but this couple was different. They happen to be two of the most down to earth people we’ve met. Who would have ever known, that Mr. and Mrs. Brooks would have made such an impression on our hearts and minds regarding marriage?

As we got to know The Brooks, we realized we had a lot in common, even though they were a little older than we were. There was just something about their love for one another; the way they spoke about their children, and what intrigued us the most, was their genuine fun and compassion for another.

It was such a blessing to see their love and regard for each other, even after being married for so many years. At that time, we believe it had been about 30 years, or so that they had been married.

Considering we had only been married for a few years, we wanted to know what their secret was. One day while having dinner with them, we asked. What was so amazing was that there wasn’t a quick answer. They actually took a moment to think about it, and they each carefully responded.

Mr. Brooks stated that they both decided a long time ago to eliminate the “D” word. They both knew if they wanted to they could be with someone else. But they were with each other, and divorce is not an option. Then, Mrs. Brooks responded and said learning to be together in our separateness. With a puzzled face we asked; what does that mean?

She went on to explain that over their years of being married, they learned that they’re two individuals, who at times enjoy doing things separately. However, they know that in those times of separation, they are together. They didn’t have to be underneath each other all the time; they respected their differences, allowing one another their own space. And often times they may even compromise for the sake of togetherness. For instance, Mr. Brooks likes to golf, and sometimes Mrs. Brooks will join him on the course; not to play but to ride in the cart and enjoy a book.

We met the Brooks about 12 years ago, and they may never know how much that conversation affected us, our marriage and our outlook on pursing our individual dreams together. But, we thank God for orchestrated our business transaction, to open the door to our friendship that led to dinner for a word of encouragement that changed us.

Being married is not about finding your other half, or better half for that matter. It’s about learning to be yourself with the one you love and building your life together; while not losing yourself in the process.

When God is our number-one priority, it helps to keep our spouse in their respective order, as we explained in our book Embracing God’s Priorities, which is the very foundation of this blog. If we live to please our spouse, or significant other, we open the door of placing them on a pedestal. Making them our God, and that only leads to disappointment and heartache.

If there is one thing, we’ve learned over the years, is that while we seek a life of togetherness, we must come to love God and love ourselves as whole, complete people without feeling the need for a spouse to complete us. Individually, we must be responsible for our personal walk with God and our own happiness. And when this happens internally, then you can confidently enjoy living together in your separateness.