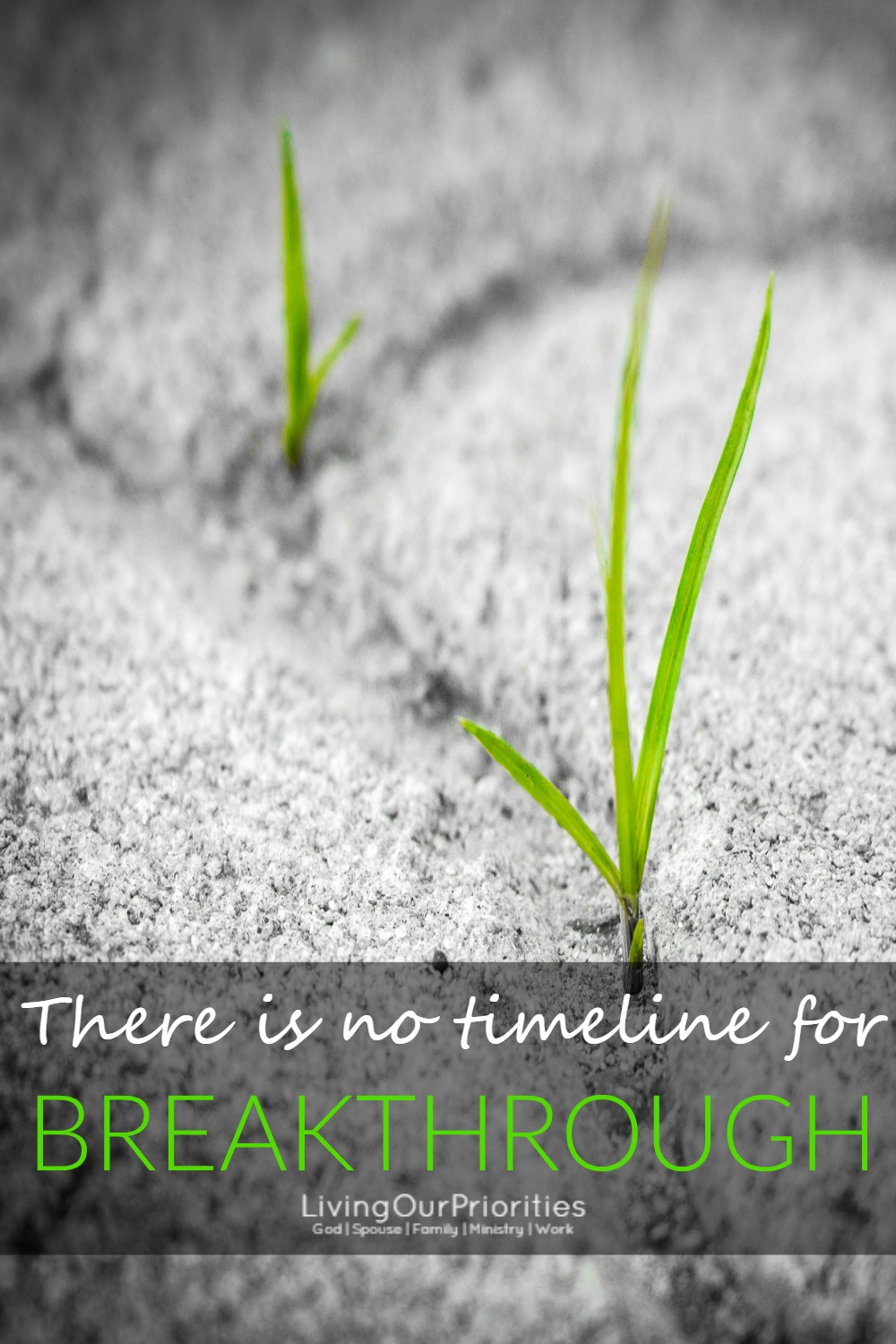 Breakthrough is coming. We all hear it at church, and from motivational speakers. Some of us doubt if breakthrough will ever come, and some of us know it can happen, we just want it to come now.

In September of 2008, we planned a Princess Party for our daughter. Even though, we had little to no finances to throw a big party. At the time our daughter, Trinity, was into being a princess. She loved being pampered, and served. Honestly, she is still doing that; scaring Daddy. But, like any father, in his eyes, she will always be her little princess!

Anyway, in wanting to put on the best princess party ever with limited funds, we decided instead of focusing on what we didn’t have, we focused on what we did have. We put our thinking caps on and wrote a list of what we would need to pull this party off. From the invitations, to decorations, who could make a cake instead of ordering one, instead of hiring manicurist we called on some friends and family to assist, and we made curtains out of plastic table cloths. Before you knew it, we had the entire party covered with all the resources that were available to us. 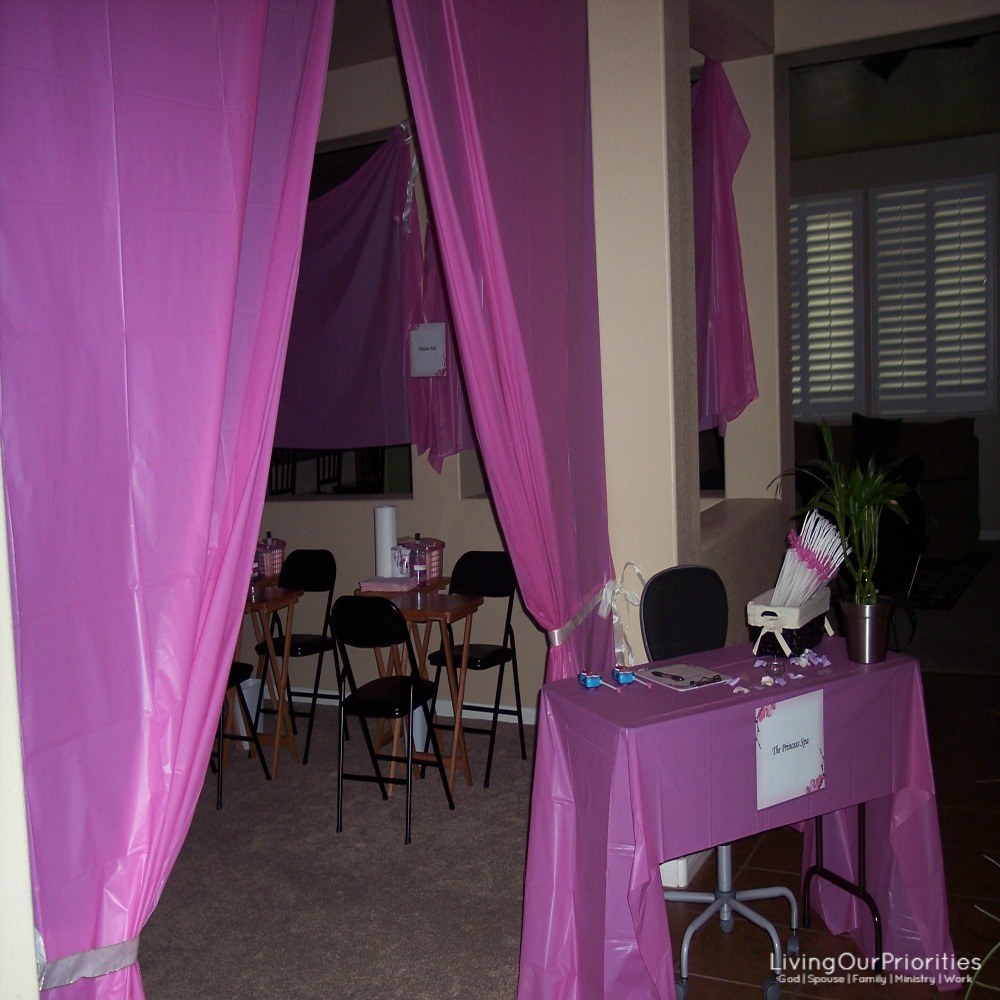 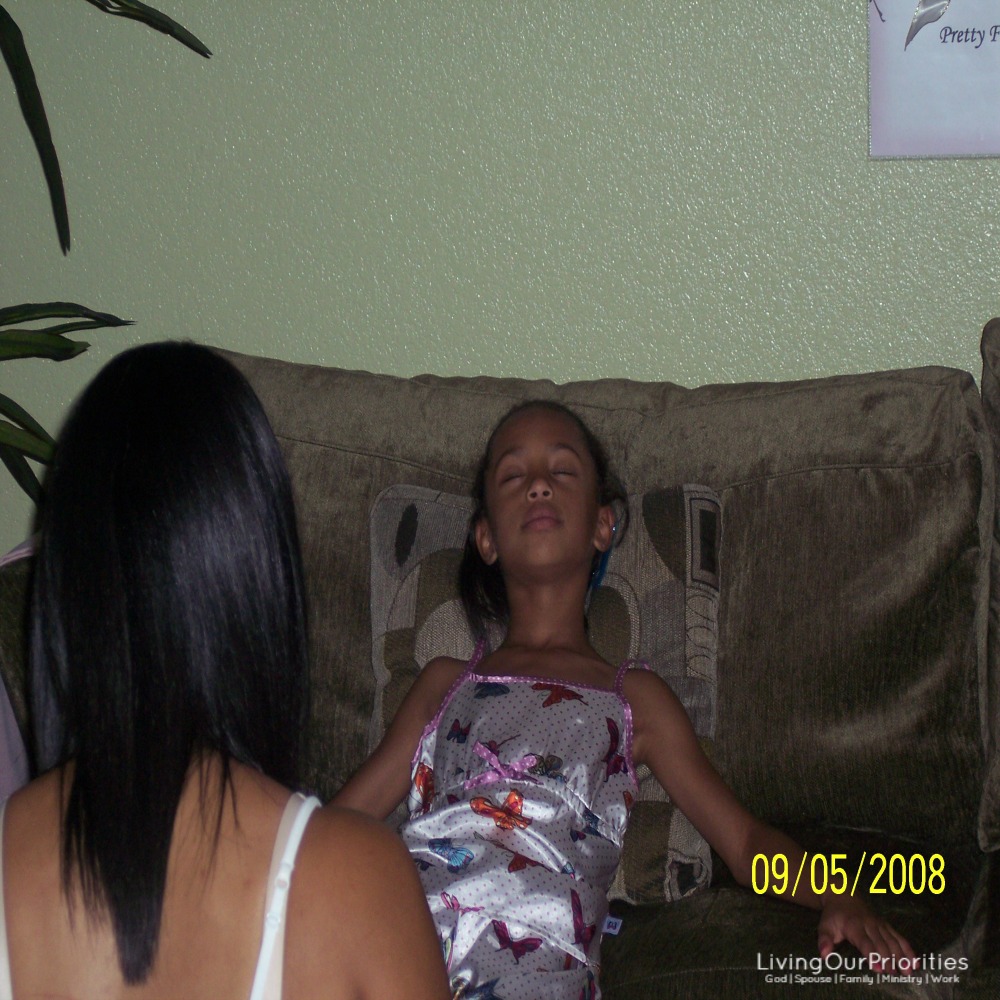 Now this blog isn’t about pulling off the princess party; it’s about finding our breakthrough in the midst of walking through tough times. While one of our friends dropped off ice cream and a gift for Trinity, they left a card for us personally.

After the party, we sat back and reflected how happy we made our daughter when all it took was a little imagination and some great friends. And it was at that moment, we decided to read the card our friends gave us.

When we opened the card, there was a $100 with a hand-written note. They told us that God instructed them to sow a $100 breakthrough seed into our lives. They went on to express their love, and that they were standing with us for breakthrough.

Anyone reading that of course would cheer us on, yeah! Breakthrough is coming! However, if you look a little closer to the card, you will notice it was written in September 2008. Here it is seven years later, and we are just witnessing the breakthrough we have been waiting for! 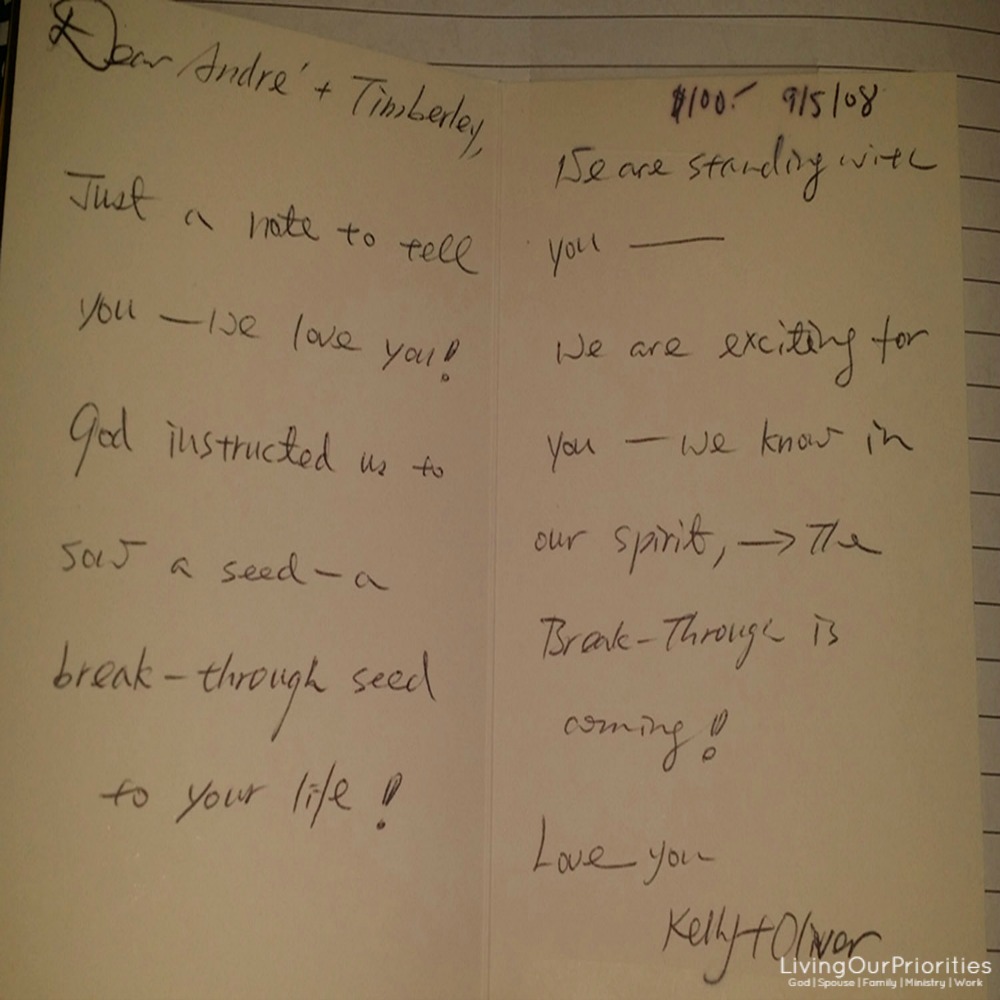 Sometimes we go to church, we get a good word, or we hear something that sounds good, then we plan our whole life based on that one word. We start making radical changes without seeking God for wisdom and letting the Holy Spirit lead us. For us when we read the card, we did feel God was speaking to us directly. And the seed our precious friends, Kelly and Oliver sowed, was a confirmation that our breakthrough was coming; as that was a seed for what was to come.

The lesson here that we wrote it in our journal was that it was a seed. A seed to be nurtured, planted, and cared for. Even in stormy weather conditions or record breaking heat. So you see, we saw that $100 as a seed we needed to nurture, by continuing to seek God and allow the Holy Spirit to direct our steps.

Seven years later when we started this blog Kelly was one of the first people to post her support on our Facebook page. That didn’t surprise us, because seven years ago she sowed into our breakthrough season.

No matter where you are right now, know that breakthrough is coming. Don’t put God in a box to the timing. His ways and thoughts are higher than ours. But if you are insisting on your breakthrough coming a certain way, within a certain period of time, chances are, you will miss what God has for you.

That $100 seed sown into our breakthrough was the starting point. As we sought God right where we were, we saw breakthroughs in different areas of our life. Over time, we began to see the bigger picture. The key is, we didn’t stop tilling the ground until it was time to reap a harvest!

A harvest is ready for you, but a seed must be planted first! So be encouraged that no matter what you’re waiting on to manifest in your life, your breakthrough is coming if you faint not.

“And let us not grow weary while doing good, for in due season we shall reap if we do not lose heart.”
~ Galatians 6:9 (NKJV)