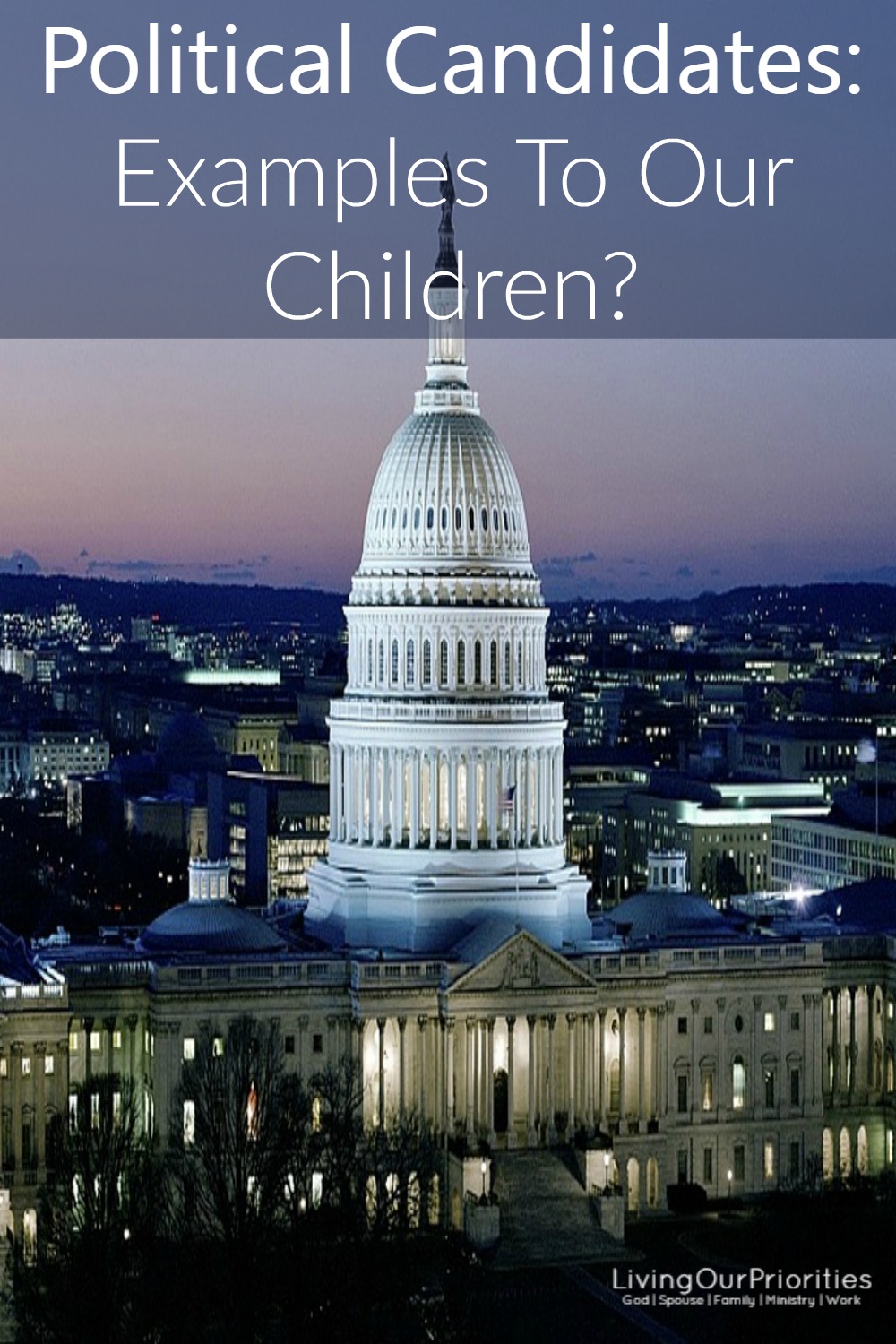 What we see today in the political arena is a far cry from the example we would want for any of our children. However, what others view as a problem, we see opportunity.

With all the name calling, lying, and personal political agendas, we realized there is no better time than the present to teach our kids about what not to do. Many of the candidates give us the platform to teach our children about; what character is and how our word, and our integrity are more valuable than any amount of money.

The political scene can be tiring. From the empty promises, to grown men, and women acting like children. Not to mention, the Christians who become ungodly when discussing politics or discussing who should be in politics.

We never thought we would carry such deep conversations with our children until our daughter came home from school telling us about her 9th grade English class discussion. She told us how they dissected the candidate’s speeches. And in doing so, the class talked about how much everyone lies, how they talk about each other and how many of them do not appear presidential.

WOW think about that America; 9th graders can see all through the political game! Well, we capitalized on that conversation and saw our opportunity to have a teachable moment.

We explained to our children that night, the same way they felt about the candidates, is how others view Christians. Christians who claim to follow Christ, but their actions and behavior reflect a different person.

The conversation opened the door to help our children understand who we are; is reflected in our behavior.

If our character is one who lies, or says anything to get what we want; that is how we will be perceived. It doesn’t matter how much money we have. Who we are will be a reflection of our conduct.

Taking the time to explain character and what it meant to distinguish right and wrong; living in a manner that honors God was well received. Why? Because we took a current situation, our children related to, and used it as an opportunity to sow into them, the value of honoring God in all that we say and do.

In that moment, we were doing what Proverbs 13:22 (AMPC) says;  A good man leaves an inheritance (of moral stability and goodness) to his children’s children and the wealth of the sinner (finds its way eventually) into the hands of the righteous, for whom it was laid up.

Yes, politics these days can seem daunting, but what an opportunity we have for such a time as this, to use our available time with our kids to teach them what it means to be a person of character.