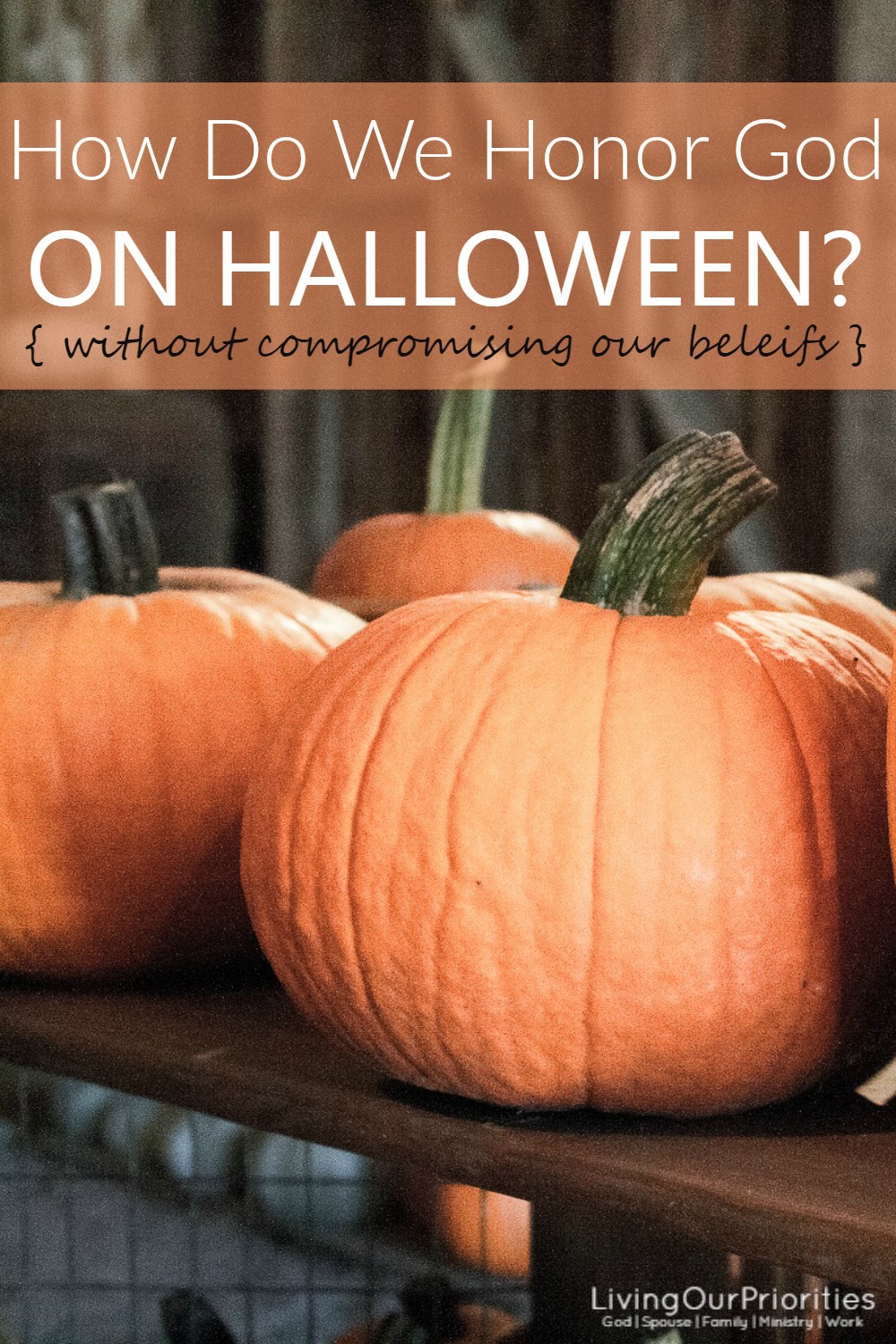 Whether or not Christians should celebrate Halloween is a controversial debate and one this blog is not about.

However, I do want to share how our perspective changed regarding how we honor God without compromising our beliefs.

Growing up as a kid, I didn’t celebrate Halloween. There was no trick-or-treating, no pumpkin carving, and occasionally we would go to a harvest festival at church.

What was a typical Halloween night for us was lights out. We had to be really quiet when kids in the neighborhood came to our door.  So that they wouldn’t think anybody was home.

Once I had a family I did what most of us do, repeat what we did growing up. But as I grew in my faith; I realized that our withdrawal on Halloween did not resonate with my conviction of God’s love for the world. What do I mean by that?

Well, at an early age, my parents taught us the history of Halloween; a celebration of the dead, with a large amount of occult activity. And because we were raised as Christians, we didn’t partake in any of the traditional Halloween activities.

Although I understood the principle; it wasn’t until I had my own kids, and they began to ask why we didn’t celebrate Halloween, that I felt led to study our role as a believer on Halloween.

Like my parents, I too had my kids study up on the history of Halloween. I remember that day so clearly because after reading about the history, my daughter had tears in her eyes, just sobbing and said she was sorry for asking to go trick-or-treating.

But it was those tears that touched my heart for me to do a little more digging into how do we as believers find the balance.

This was in 2012, and it was the same year we changed our perspective about Halloween. Matthew 5:14-16 (NKJV) Says: “You are the light of the world. A city that is set on a hill cannot be hidden. 15 Nor do they light a lamp and put it under a basket, but on a lampstand, and it gives light to all who are in the house. 16 Let your light so shine before men, that they may see your good works and glorify your Father in heaven.”

Light shines the brightest when placed in the darkness. Does that mean we participate with the darkness, or in dark activities? No, this means we use this as an opportunity to shine bright among men, so that it brings glory to God.

Remember for God so loved the world that He gave His only-begotten son (John 3:16). So out of the love God has for the world what better night to let our light shine bright before men?

How do we do this? We purpose to be the brightest house on the block that displays light, and God’s love to bring glory to Him.

That year was the first year we gave out candy. However, we just didn’t give out candy; we decided that it would be an opportunity to make it a family outreach night!

This included making our house the brightest house on the block instead of the darkest. We played Christian music in the background (Toby Mac, Israel Houghton, Kirk Franklin, Lecrae). And handed out candy bags that included a note that said Jesus Loves You, with a church invite card.

I remember when the doorbell ranged, our daughter opened the door with gladness, and passed out candy bags. One of the parents noticed her and said: “Trinity you’re not trick-or- treating?” She said: no I’m fine handing out candy (which was a mature answer to give other than saying, we don’t celebrate Halloween).

Then the parent said: “wow, that’s impressive.” And moments later, they asked what we were playing in the background because they liked it!

You see, God was glorified that night, a night many Christians hide from the world. Romans 14 tells us to hold fast to our convictions but not to press them upon others.

Although we are Christians, and have our opinions about participating in the darkness of Halloween; that does not mean we condemn others who do. We have the obligation to be the light. We have an opportunity to not just stand in the background but love those around us and show God’s love to the world.

As a believer, have you considered how you can be the light on a dark night?

PS..For ideas on having a light party at your house check out these two blog post: Why We Host A Light Party & How You Can Too!  and Can Christians Co-Exists In The World And Be Different?